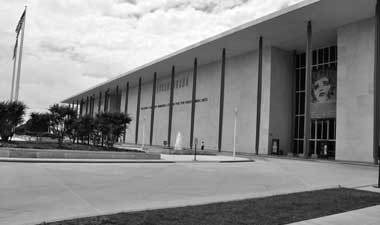 The John F. Kennedy Center for the Performing Arts continues its efforts to fulfill President Kennedy's vision by producing and presenting an unmatched variety of theater and musicals, dance and ballet, orchestral, chamber, jazz, popular, world, and folk music, and multi-media performances for all ages. Every year the institution that bears President Kennedy's name brings his dream to fruition, touching the lives of millions of people through thousands of performances by the greatest artists from across America and around the world. The Center also nurtures new works and young artists, creating performances, broadcasts, and touring productions while serving the nation as a leader in arts education.