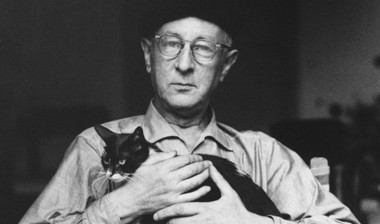 The popular and prolific Czech composer of modern classical pieces, Bohuslav Martinů, fled the Nazis to America due to his involvement in the Czech resistance movement. Spending over a decade in the US in the 1940’s and 50’s, Martinů composed many works, including all six of his symphonies, and taught at the Mannes College of Music, Yale University, and the Berkshire Music Center (now Tanglewood). Martinů offered several of his works to the Library of Congress, which holds the originals along with his correspondence for special viewings. Martinů’s 1943 orchestral work Memorial to Lidice, is a tribute to the innocent victims of the village of Lidice in the Czech Republic, which was destroyed by the Nazis in retaliation for the assassination of Reinhard Heydrich, the mastermind behind the Holocaust, by Czechoslovak special trained soldiers in one of the most important resistance actions in World War II. To this day, the community in Phillips, Wisconsin, holds an annual memorial service for the victims at its Lidice Memorial each summer.