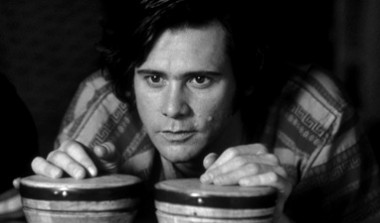 The National Gallery of Art and the AFI Silver Theater present three enriching programs on September 30, as part of the festival. Please be sure to scroll down to view all events, listed in order by time.

AFI SHOWCASE: Man on the Moon
On September 30, at 11 am, the AFI Silver Theater and Cultural Center will screen Man on the Moon, a biographical film of eccentric comedian Andy Kaufman (Jim Carrey). The film traces Kaufman's steps from childhood to comedy clubs and television appearances, including his time on Saturday Night Live, among others. (DIR. Miloš Forman, 1999, 118 min., English)

MASTERS OF CINEMA: Amadeus
On September 30, at 4 pm, the National Gallery of Art will screen Amadeus, heralded as one of director Milos Forman's most triumphant films, garnering eight Oscars including Best Picture and Best Director. The screening of this world-class masterpiece with take place in the East Building Auditorium.

Amadeus
Sweeping nearly all major categories in the 1984 Oscars, Forman's adaptation of Peter Shaffer's drama about a brash Mozart and his beleaguered rival Salieri was not without its detractors. Pauline Kael wrote, "The insensitivity to what Mozart might have been like is so flagrant that for the first hour you almost think it's a joke." Returning to Prague for the filming, Miroslav Ondříček’s cinematography captured opulent baroque spaces, while Forman played these period settings as counterpoint to his eccentric characterizations, curiously validating the whole effect. The director’s cut of the film is loaned through the courtesy of the Academy Film Archive and Saul Zaentz. (DIR. Miloš Forman, 1984, 180 minutes, English)

CONCERT: Mozart and Salieri and Mozart's Requiem
Pre-concert lecture on Mozart in Prague by Stephen Ackert, head of the music department

On September 30, at 6:30 pm, the Catholic University of America's Symphony Orchestra and Chamber Choir, under the direction of conductor Murry Sidlin, will present Rimsky-Korsakov's one act opera Mozart and Salieri and Mozart's Requiem in the National Gallery’s West Building, West Garden Court. Please note, there will be a pre-concert lecture on Mozart in Prague by Stephen Ackert, head of the music department, beginning at 6 pm.

Concerts at the National Gallery are open to the public, free of charge. Admittance is on a first-come, first-seated basis, beginning 30 minutes before each concert. The entrance at 6th Street and Constitution Avenue NW remains open on Sunday until 6:30 pm. Families with small children may be asked to sit in designated areas. Please note that late entry or reentry of the West Building after 6:30 pm. is not permitted. For further information, call (202) 842-6941.