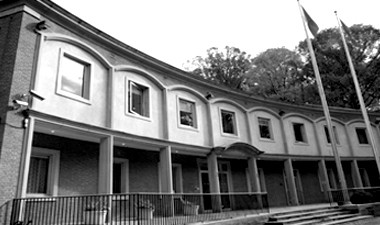 The Mutual Inspirations Festival (MIF) is an annual initiative spearheaded by the Embassy of the Czech Republic, focusing on the mutual inspirations between Czech and American cultures and featuring each year an extraordinary Czech personality who has greatly influenced and inspired others through his or her work (MIF 2010-Tomáš Garrigue Masaryk, MIF 2011-Antonín Dvořák, MIF 2012-Miloš Forman, MIF 2013-Václav Havel).

The festival began as a pilot project of the Embassy of the Czech Republic in 2010, and branched out to the local DC community a year later. It continues to grow, reaching out to select cities across the United States. In the last two years, over 20,000 visitors have attended festival events throughout Washington, DC, alone.

Now in its fourth year, the Mutual Inspirations Festival 2013 celebrates the life and legacy of dissident, playwright, and former Czech President Václav Havel. This year also marks the 77th anniversary of Havel’s birth, a number of particular significance for Havel was one of the founders of Charter 77, a document that criticized the Czechoslovak communist government for failing to implement human rights provisions.