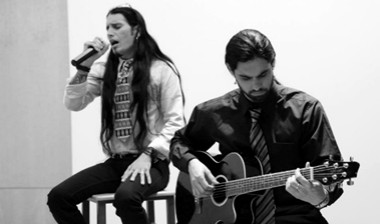 The Mutual Inspirations Festival 2013 event at the Czech Embassy on October 3rd gave Washington, DC, a taste of the global reach of the Czech Republic. My peers in Young Professionals in Foreign Policy and I were fascinated by the film Patria o Muerte (Motherland or Death), which contrasts picturesque Cuba with the harsh reality of the daily lives of Cubans who remain on the island. The room was filled with Czechs, Cubans, and Americans alike, united not only by emotions evoked by the film but also by the common themes that revealed themselves as the night progressed. It is a sign of the globalized world we live in, that we spent our evening singing along to a Cuban rock band in Spanish inside of the Embassy of the Czech Republic. By hosting this Festival, the Czechs have demonstrated leadership in a movement toward the unity and appreciation of cultures, and within our own group it provoked new thoughts and discussion of culture, global reach, and all topics in-between.
Article contributed by Emily Jacobsen