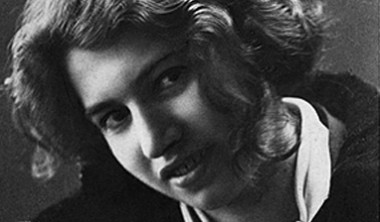 “It is entirely conceivable that life’s splendor forever lies in wait about each of us in all its fullness, but veiled from view, deep down, invisible, far off.” ~Franz Kafka, written in his diary on October 18, 1921

While vacationing at a Baltic Sea resort, Kafka met Dora Diamant, a 25-year-old kindergarten teacher from an Orthodox Jewish family, who was independent enough to have escaped her past in the ghetto. It was love at first sight, and they ended up spending every day of Kafka’s three-week vacation together. Kafka later moved to Berlin to live with her, and she became his lover. She influenced Kafka's interest in the Talmud, the basis for all codes of Jewish law. During their time together, Kafka managed to write A Little Woman and The Burrow. In their conversations, Dora and Kafka often spoke about moving to Palestine, where he would open up a restaurant with Dora and work as a waiter. However, this dream never came into fruition. As his health deteriorated, she helped Kafka burn some of his writings. Kafka is said to have died in her arms on June 3, 1924. His body was ultimately brought back to Prague where he was interred on June 11, 1924, in the New Jewish Cemetery in Prague-Žižkov. Secretly, Dora had kept a number of Kafka's notebook and letters. They were stolen from her apartment by a Gestapo raid in 1933 and attempts to find them have been to no avail. Even after Kafka died, she never gave up her dream of traveling to the Promised Land. In 1950, she finally realized her dream and visited the new state of Israel. She died two years later.