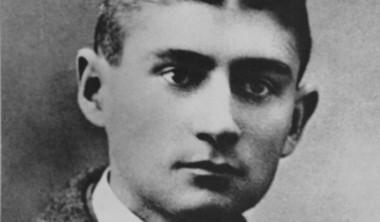 “All I am is literature, and I am not able or willing to be anything else.” ~Franz Kafka

Franz Kafka (1883–1924) resonates throughout history as one of the most influential writers of the 20th century. Hailing from Prague, he was born to a middle-class, Geman-speaking, Jewish family. He studied law, yet regretted having to devote so much of his time working for an insurance company. Above all, his calling and passion was writing, which he pursued in his free time, primarily in the evening hours after working a long day. During his lifetime, he published a handful of stories, dealing with themes such as isolation and alienation. On his deathbed, he asked his friend Max Brod to burn most of his writing. Instead, Brod completed and published a large body of his work, leaving an impression of the Kafka that we know today. Kafka has influenced such writers as Albert Camus, Jean-Paul Sartre, and Eugène Ionesco and the genre of existentialism. Some of his most widely read works include The Metamorphosis, A Hunger Artist, In the Penal Colony and The Judgment. His writings transcend time and, as in the case of his longer work The Trial, even foreshadow future events. Kafka was a genius of literature―using the power of words to convey the images released from his very soul. He had a gift that he could not deny, calling his writing a form of prayer.