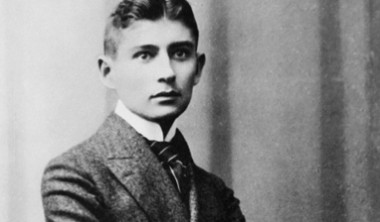 “Many a book is like a key to unknown chambers within the castle of one’s own self.” ~Franz Kafka

Kafka wrote, “Books are a narcotic.” He was an avid reader devouring the writings of such philosophers as Friedrich Nietzsche and Baruch Spinoza, Russian dramatist and short story writer Anton Chekhov, the early works of Thomas Mann, and even Charles Dickens. He especially enjoyed reading biographies, such as Johann Wolfgang von Goethe―a poet and philosopher of the Age of the Enlightenment―as well as the Autobiography of Benjamin Franklin. Kafka considered his literary “blood-relatives” to be French writer Gustave Flaubert, Russian novelist and writer Fyodor Mikhailovich Dostoevsky, German poet, dramatist, and writer Heinrich von Kleist, and Austrian writer and dramatist Franz Grillparzer. Kafka breathed in their works and personal writings. He also attended various lectures, including Albert Einstein´s lecture on the Theory of Relativity. For his studies, Kafka went to Charles University in Prague, initially choosing chemistry and German studies before switching to law two weeks later because he felt it would not interfere as much with his creative pursuits—writing. Upon completing his law studies, Kafka took on employment with an Italian insurance company, switching a year later to work for the Worker's Accident Insurance Institute for the Kingdom of Bohemia, where he investigated personal injury claims. The parnassah (“job for bread”) allowed him spare time to write works such as The Castle and The Trial, both novels being about oppression and struggle against bureaucracy.

Photo: Kafka as a doctorate of law, around 1906