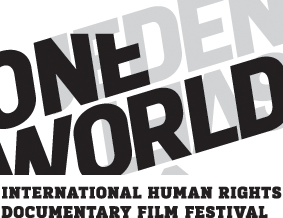 One World is the biggest human rights film festival in the world, held annually in Prague and other cities of the Czech Republic. Established in 1999 by the Czech NGO People in Need, the One World Festival presents over 100 documentary films from around the globe, promoting the highest quality documentary films on social, political, environmental and human rights issues. It is a major cultural event in the Czech Republic that attracts more than 100,000 viewers annually. Also, it is a founding member of the Human Rights Film Network, which brings together 35 festivals around the world.