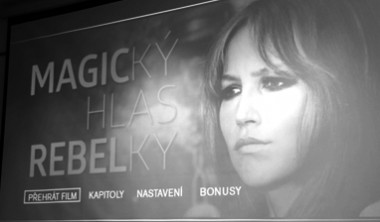 Voice that Made History

The Czech Embassy screened the documentary Magic Voice of a Rebel on September 24, at 6 pm. The film highlighted the gifted Czech singer, resilient freedom fighter, actress, animal lover, and mother - Marta Kubišová. Head of Public Diplomacy Lukáš Pribyl opened the evening calling Kubišová the "voice of the Revolution." Pribyl spoke briefly about the director of the film Olga Sommerová who has made over 100 films. He said that many of her films focus on the role of women in Czech society.