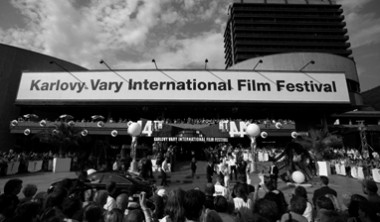 The Karlovy Vary International Film Festival (KVIFF) is annually hosted in the scenic, spa resort town of Karlovy Vary, where American box office hits such as Casino Royale (2006), a James Bond series, and The Last Holiday (2009), starring Queen Latifah, were filmed. The KVIFF dates back to 1946 and is the most important international Category A film festival in Central and Eastern Europe. Each year, the nine day festival premieres about 180 carefully selected films from all over the world, presented by up to 350 film directors, actors and other filmmakers and covered by about 700 journalists. Past guests from Hollywood include Michael Douglas, Leonardo DiCaprio, Susan Sarandon, Sean Connery, Renée Zellweger, Danny DeVito, and Matt Dillon, just to name a few. Among exceptional awards bestowed annually at the festival, Czech-American director Miloš Forman received the Crystal Globe award for Outstanding Artistic Contribution to World Cinema in 1997.
Photo courtesy of Czech Tourism.