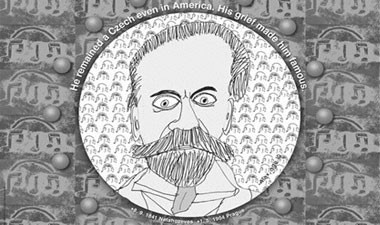 From October 3-31, 2011, the Embassy of the Czech Republic presents the exhibition Great Czechs by Little Czechs, created by children of the Czech Republic through an art education project. A look inside this ingenious collection reveals drawings and short descriptions by the children of such notables as Antonín Dvořák, former President Václav Havel, and film director Miloš Forman. The Embassy will also have on view Czech artist Gabriela Kopecká’s four Mucha-style posters representing characters in Dvořák’s opera Rusalka.

These portraits and short biographies of world renowned Czechs, including Antonín Dvořák, were drawn and written by Czech children. In the words of an eleven year old girl, Dvořák’s “grief made him famous... (when) his children died and to face up to such a grief, he composed Stabat mater that made him famous all over the world… (yet) he remained a Czech even (when working) in America… he missed home and wrote his most famous piece From the New World.”  Notably, most of the other Czechs featured in the exhibition came to America to inspire and be inspired as well.

The exhibition was organized by the Ministry of Foreign Affairs and graphically compiled into a design by Tomáš Coufal. 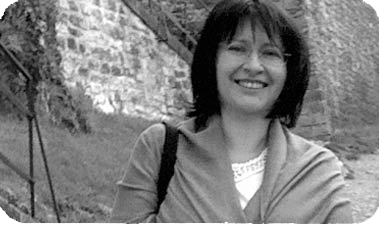 
The Embassy of the Czech Republic will also display Czech artist Gabriela Kopecká’s four Mucha-style posters representing characters in Dvořák’s opera Rusalka. In the posters, Kopecká uses images of Czech sopranos in the opera’s roles: Ema Destinnová as Rusalka (Water Nymph), Jarmila Novotná as the Wood Sprite, Eva Urbanová as the Foreign Princess, and Dagmar Pecková as the Witch.

Admission for both exhibitions is free.