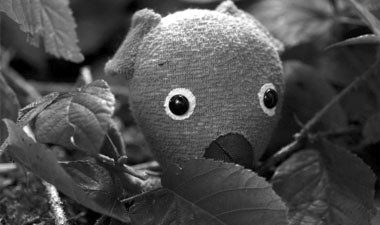 AFI Silver Theater and Cultural Center will screen Jan Svěrák's new film Kooky, an animated film that reveals the story of a six-year-old asthmatic boy whose parents force him to throw away his favorite toy, an old teddy bear named Kooky. The film received three Czech Lions for Best Film Editing, Sound, and Music, as well as the Crystal Globe at the Karlovy Vary International Film Festival. The film is in English.

Film Synopsis: Six-year-old Ondra has a favorite stuffed animal named Kooky. His mother has just thrown him in the trash, not because she is mean, but because Kooky’s stuffing is falling out and has a bad effect on Ondra’s asthma. Before he falls asleep, Ondra imagines Kooky’s determination to come back home and everything he has to do to get there. In the boy´s fantasy, the bear gets lost in a forest, occupied by strange animals and things which he never saw or heard of before while living on the toy shelf in Ondra’s room. The naïve child’s imagination, resting on pre-school knowledge and underpinned by nostalgia for a beloved toy, weaves a touching and exciting story.  The film received three Czech Lions (film editing, sound, and music), and the Crystal Globe at the Karlovy Vary International Film Festival.

Additional Information:
This animated film, directed by Jan Svěrák, is a poetic family journey in which the main characters are the heroes of a child’s fantasy. The film combines stop motion, live action, and puppet animation and serves as the most technically complicated film done by Svěrák.

The planned 35 days of the filmmaking turned into 100 days and the film was shot in several phases and locations. The most challenging was the filming of the animals, which were filmed for several hours until they made the desired movement. Especially the squirrels, with which the cameraman had to be alone in the studio, lost their timidity after six hours. The film contains three times more visual effects than Dark Blue World, the most expensive Czech film up to that point. The toy imitation of the hero Kooky became a bestseller in the Czech Republic.