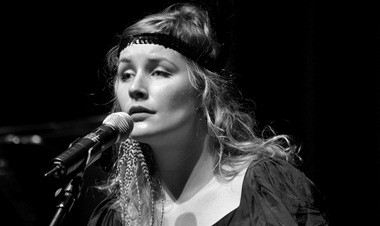 Final Encore Performance of Tony D: October 30 at 10 am!

Sidney Harman Hall at the Harman Center for the Arts presents the final encore performance of Miloš Orson Štědroň's Tony D., a Western musical showdown featuring “good guy” Tony D. and “bad guy” Zdeněk Nejedlý on October 30 (10 am). To reserve tickets, click here! Admission is free, and the performances is for all ages.

The performance is the author’s reflection of the Czech genius Antonín Dvořák and his fate and journey to America. In the past, Communist politician and musicologist Zdeněk Nejedlý tried to smear Dvořák’s image in the public eye. The theatrical performance is accompanied by live music performed by actors and musicians with songs that were inspired by Western films. Antonín Dvořák is still connected to a lot of legends. His stay in America, his passion for trains, his attractive music—all of these are inspirational not only for musicologists but as well for nowadays artists and audiences. This Western showdown will prove to entertain and enlighten audiences about the story of a musical genius. (Photo coutesy of Jiří N. Jelínek)

The event is also part of the Kids Euro Festival!
www.kidseurofestival.org