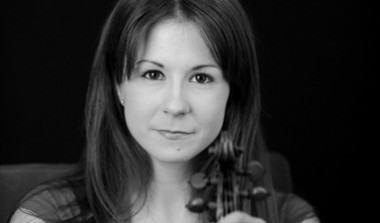 The National Gallery of Art will present a lecture-recital on Czech Art in the 1950s and 60s, the period which influenced Miloš Forman, with Andrea Rousová, curator from the National Gallery in Prague, and solo violinist Barbora Kolářová at the Gallery's West Building Lecture Hall on September 26, at 12:10 pm. The program includes a performance of Alois Hába’s Suite for Solo Violin in six tone system and Klement Slavický’s Partita for Solo Violin. Admission is free.

Andrea Rousová has served as curator of the Collection of Old Art at the National Gallery in Prague, specializing in Baroque Painting in Bohemia, since 2002. Previously, she lectured in the Educational Department at the National Gallery. Her fields of research include Baroque Painting in Bohemia and the Netherlands, Genre Painting, Art Collecting in 17th and 18th Centuries, and Profane Iconography. She has curated and coauthored numerous exhibitions—most recently Karel Škréta (1610–1674) His Work and Era (2010), Dances and Festivities of the 16th – 18th Centuries (2008), and Baroque in Bohemia (2008) at the National Gallery of Art in Prague. In addition, she has edited exhibition catalogues, published over a dozen scholarly papers, and written articles for magazines. She is the recipient of many prestigious fellowships and grants, including the Clark Mellon Curatorial Fellowship for her research project Movement in the European Painting of the 17th Century (2011). She holds an M.A. in Art History from Palacký University in Olomouc (1999) and Ph.D. from the Institute of Art History at Charles University in Prague (2010). Dr. Rousová is a member of the International Council of Museums (ICOM), CODART, Association of Museums and Galleries in the Czech Republic, and the Czech Early Music Society.

Czech violinist Barbora Kolářová is winner of various international competitions, such as the Remember Enescu and Telemann. She is also a two time winner of the Prague Junior Note and the grand prize winner of the 2006 Michigan ASTA Solo Competition. During a U.S. concert tour in 2007, she appeared as a soloist with the Czech Philharmonic Chamber Orchestra. She has also performed solo concerts with the Czech Radio Symphony, Czech National Theatre Orchestra, West Bohemia Symphony Orchestra, and Limoges Orchestra. She has collaborated or coached with such notable concert artists as Ruggiero Ricci, Pamela Frank, Claude Frank, Shmuel Ashkenazi, among others. As an orchestra member, Miss Kolářová has performed under the direction of many eminent conductors, including Otto-Werner Müeller, Michael Tilson Thomas, Simon Rattle, Charles Dutoit, Christoph Eschenbach, and Nicholas McGegan, to name a few. She has participated in several international music festivals and was recently invited to perform at Carnegie Hall as a member of the New York String Seminar Orchestra. She graduated from the Pilsen Music Conservatory under Professor Pavel Prantl and was also a student of Charles Avsharian at Michigan State University. She holds a Bachelor of Music degree from the Curtis Institute of Music where she studied with Ida Kavafian and Arnold Steinhardt. Currently, she studies at the Yale School of Music with Ani Kavafian and presides as the assistant director and director of chamber music at the Lake George Music Festival in New York.