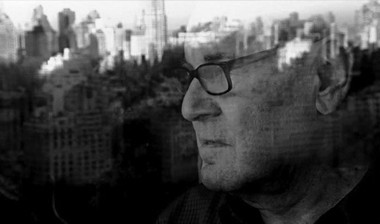 The Library of Congress will launch the Docs in Salute film series in the Pickford Theater on September 4, at 12 noon. The series focuses on interesting personalities touched by Jewish themes and pays tribute to Miloš Forman’s parents who died in concentration camps. Docs in Salute kicks off with a screening of excerpts from the film Miloš Forman: What Doesn’t Kill You… (Miloš Forman: Co tě nezabije... ) and an introduction on the life of the acclaimed director by Czech Cultural Attaché Robert Řehák. (DIR. Miloslav Šmídmajer, 2012, 37 min., excerpts, in Czech with English subtitles)

About the Film:
During his visit in the Czech Republic, Foman points out parts of past that have found their way into his films: his experience with Fascism and Communism are the inspiration behind the “Nurse” from the movie One Flew Over the Cuckoo's Nest. His experience with the two regimes also served as insight in making Goya’s Ghosts. The feeling of longing for freedom is clearly present in all of his movies, including Hair, Ragtime and The People vs. Larry Flynt.

About the Director:
Miloslav Šmídmajer, director of the documentary, shot the film over five years in Europe and America. Throughout the film, he presents a number of Forman’s friends, co-workers, actors, and family. The film is also enriched by unique scenes from Forman’s films and photographs from his personal archive.

About Docs in Salute:
The new ongoing film series focuses on interesting personalities that have been touched by themes surrounding their Jewish heritage. The series salutes not only these extraordinary people, but also pays tribute to Forman's parents, who were killed in concentration camps. Share an afternoon uncovering courageous stories, triumph in the face of adversity, and memorable moments that changed the course of history. The series is presented in collaboration with the Packard Campus for Audio Visual Conservation at the Library of Congress, the Embassy of the Czech Republic, Washington Jewish Film Festival and the Hebrew Language Table.