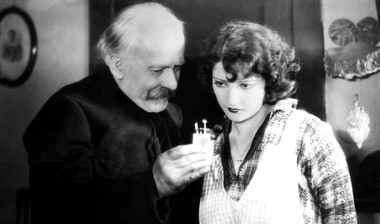 The National Gallery of Art will feature director Gustav Machatý's Erotikon, one of the best representative works of Czech silent cinema on September 15, at 2 pm, in the National Gallery's East Building Auditorium. The film follows a tale of seduction of a rural station manager’s daughter by a handsome lothario. Witness this remarkable film with piano accompaniment by Ben Model and opening remarks from Andrea Rousová, curator of the National Gallery in Prague. (DIR. Gustav Machatý, 1929, 85 min., Silent)

About the Film:
The seduction of a rural stationmaster's daughter (Ita Rina) by a handsome lothario (Olaf Fjord) is painted in the understated details of Václav Vích's photography and Alexander Hammid's art direction, with a hint of avant-garde élan. Surrealist writer Vítězslav Nezval contributed to the screenplay which, despite a few melodramatic moments (the young woman marries another man, then encounters her seducer years later), is deftly rendered.

About Masters of Cinema:
This series of films at the National Gallery of Art features the works of Czech cinematic geniuses, from Gustav Machatý, a legend of the silent film era; to František Vláčil, a director who had an incredible flair for epic films; and Miloš Forman, leader of the Czech New Wave as well as acclaimed Hollywood director. The film screenings take place at the National Gallery’s East Building Auditorium.