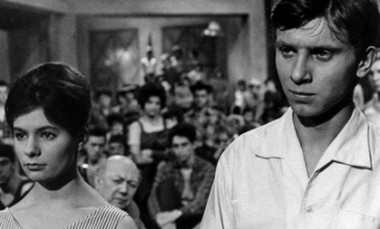 The Queen Vic pub will present the classic film known as Green Gold or Czech Hops Pickers (Starci na chmelu), the first Czech film musical, on October 9, at 6 pm. The film follows the love story of classmates, while hop-picking over the summer. Their bond strengthens when they are expelled from school because of a jealous friend. Enjoy a refreshing draft of Pilsner Urquell and sing Czech hits in this humorous film. (DIR. Ladislav Rychman, 1964, 88 min., Czech with English subtitles)

About the Director:
Ladislav Rychman was a Czech film director, specializing mainly in musical films and shows. He graduated studied film at the Film and TV School of Academy of Performing Arts in Prague but did not finish. During World War II, Rychman was imprisoned in a concentration camp for a year. Afterwards, he became a pioneer of television advertising and music videos. His most successful film Green Gold was the first Czech film musical that won the Central Committee of the CSM award for the best film of 1964 at the International Film Festival for Children and Youth in Gottwald. Rychman was also an occasional actor not just in film, but also in theatre (Satire Theatre, Laterna Magika). In the 1990s, Rychman was featured in many TV shows and made four dozen commercials.