Home » Events » FILM CLUB: Films about Past and Pre-past Times 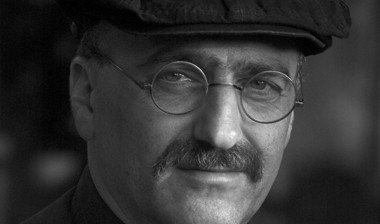 FILM CLUB: Films about Past and Pre-past Times

On October 18, at 6:30 pm, the Embassy of the Czech Republic will present an evening with documentary director Pavel Štingl, laureate of several international awards, in a program called Films about Past and Pre-past Times. The program pays homage to Miloš Forman through a selection of film memoirs, including clips from Forman’s family album and a surprise exercise from his school experience. Štingl will also screen his own documentary The Story of the Shipwrecked from the Patria (Příběh trosečníků Patrie). (DIR. Pavel Štingl, 2006, 45 min., Czech with English subtitles)

About Pavel Štingl:
Pavel Štingl (born in 1960 in Prague) studied at the documentary film department at FAMU in Prague. His graduation film Naučit se bát/ Learning to Fear from the environment of young doctors received a whole range of awards and determined one of the main directions of his filmmaking. In 1990, he started a long series of political documentaries from the countries of the former Soviet block awarded at numerous festivals: Japan Prix for Země bez hrobů (The Land without Graves), Prix Italia for Pozdrav ze země, kde včera znamenalo zítra (Greetings from the Country Where Yesterday Meant Tomorrow) and others. He filmed in Romania, Albania, various parts of the former Soviet Union, Kosovo, Nagorno-Karabakh, China, South Africa, Israel and many other places of political conflict. In 1995, Štingl launched his own production company K2 through which he produced several documentary series and a number of extensive coproduction documentaries. Among the most extensive are historical accounts of the twentieth century: Deník pana Pfitznera (The Diary of Mr. Pfitzner); Čtyři páry bot (Four Pairs of Shoes); Příběh trosečníků Patrie (The Survivors of the Shipwrecked Patria), film of the year at FIAT/IFTA; Příběh o zlém snu (A Story About a Bad Dream), MTF Japan Award. His films were screened at numerous international as well as domestic festivals, receiving a number of awards. K2’s largest projects include the feature-length film Mír jejich duši (Peace to their Souls) and the extensive multimedia exposition of the new museum at the memorial of the town of Lidice, burned to the ground by the Nazis, A nevinní byli vini (And the Innocent Were Guilty), to become the most modern exposition on war history in the Czech Republic.

Admission is free.
For reservations, e-mail reservations@mutualinspirations.org and put “Pavel” in the subject line.