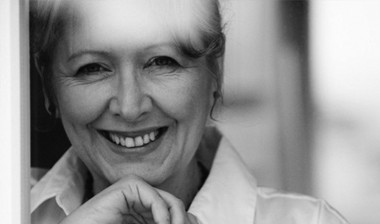 The Embassy of the Czech Republic will host a special evening with director Helena Třeštíková, one of the most renowned documentary filmmakers in the Czech Republic, on October 11, at 6:30 pm. Třeštíková will show a selection of clips from her own work and talk about how she was influenced by Miloš Forman. She will also screen the documentary René, which received the prestigious European Film Academy Award in 2008. (DIR. Helena Třeštíková, 2008, 60 min., Czech with English subtitles.)

About the Film:
A petty crime as a teenager earned René a prison sentence and set him down a path of crime. Misanthropic, intelligent and introspective, he spends his life in and out of prison, struggling to fit in anywhere in the quickly changing Czech Republic. Veteran filmmaker Helena Třeštíková began filming Rene in 1989, and keeps in contact with him over the next two decades, even after he robbed her flat. Their collaboration, and his brief fame as a documentary star, spurs him into writing, and he becomes a published author. Yet the demons driving him remain. This engrossing film takes us on a journey of a life lived outside of society. As his rap sheet lengthens, his body tattoos continue to multiply, a visual testament to the anger fueling his blighted life. His letters to Třeštíková and access to the many cells which he calls home enhance this must-see film.

About the Director:
Helena Třeštíková studied documentary filmmaking at the Prague Film Academy, FAMU. Since 1974, she has worked as a professional filmmaker, shooting over fifty documentary films of various lengths on themes of interpersonal relationships and social problems. In the course of time, she specialized in the longitudinal approach, following people’s life stories on long-term basis. For a period of six years, her first series of time-lapse films followed the everyday lives of several young married couples from the moment of their wedding. For her film René (2008), she was awarded by the European Film Academy (EFA) the 2008 Prix Arte for Best Documentary Film.

Read an interview with the director where she discusses filming Katka: www.nisimazine.eu/Helena-Trestikova.html.

Admission is free.
For reservations, e-mail reservations@mutualinspirations.org
and put “Helena” in the subject line.