Home » Events » Special Screening: One Flew Over the Cuckoo's Nest 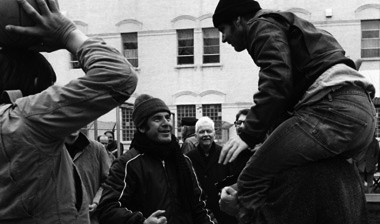 Special Screening: One Flew Over the Cuckoo's Nest

The Smithsonian’s National Museum of American History, in collaboration with the Smithsonian’s National Museum of the American Indian and the Embassy of the Czech Republic, will screen Miloš Forman's five-time, Oscar-winning film One Flew Over the Cuckoo's Nest  in the Warner Bros. Theater on October 28 at 1 pm. The event will be followed by a panel discussion that delves into the Czech and US inspirations of the film and features distinguished guests: Pavel Jech, Dean of the prestigious film school in Prague; Andra Freeman, daughter of actor Will Sampson; and Katherine Ott, Medical Sciences curator, National Museum of American History. (DIR. Miloš Forman, 1975, 133 min., English)

In the film, McMurphy (Jack Nicholson) pleads insanity to escape hard labor duties in prison and enters a ward for the mentally unstable. At the institution, he both endures and bears witness to the abuse and degradation of the oppressive Nurse Ratched (Louise Fletcher), who gains superiority and power through humiliating the other patients. McMurphy and the other patients band together to rebel against the atrocious Nurse. The film, based on the novel by Ken Kesey, served as a big break into acting for a number of notable actors including Will Sampson, who played the memorable role of Chief Bromden.