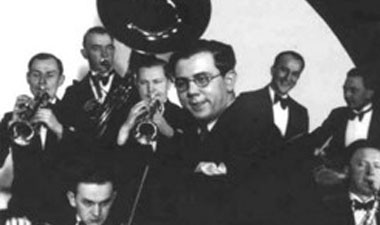 PROGRAM
(Order to be determined)

Charley Gerard is a composer, saxophonist, author and editor. Gerard’s music is published by Really Good Music, Hartelu, and Dorn Publishing companies. Awards include Outstanding Academic Title from Choice Magazine, finalist for the Association for Recorded Sound Collections (ARSC) in the category “Best Research in Recorded Folk and Ethnic Music,” and several ASCAP Standards awards. He is the author of Salsa: The Rhythm of Latin Music (White Cliffs Media), Jazz in Black and White: Race, Culture and Identity in the Jazz Community (Praeger), and several other books on jazz and Latin music. Gerard studied composition and saxophone with Jimmy Giuffre and holds a degree in ethnomusicology from Columbia University.

Jazz trumpet player Jackie Coleman was born in Indianapolis, Indiana, and has participated in a variety of ensembles including 2004 Disney Collegiate All-Star band, the 2005 IAJE Sisters in Jazz, the Bill Watrous Wildlife Refugee Big Band, Anne Patterson's Maiden Voyage, and others. She has performed internationally at festivals including Pori Jazz in Finland, the Molde Jazz Festival in Norway, the Kennedy Center's Mary Lou Williams Jazz Festival in D.C., and the Jazz Peru Festival in Lima.  Jackie was a finalist in both the National Trumpet Competition and the International Trumpet Guild Competition in 2005.

From an early age, trombonist Jared Dubin has been deeply involved with a wide variety of music, including swing, New Orleans second line, jazz, rock, blues, R & B, and funk. Since moving to New York City, Dubin has quickly become an in-demand trombonist, having performed throughout the city in jazz, ska, and funk groups at such venues as Dizzy’s Club Coca Cola, Gramercy Theater, Webster Hall, Sullivan Hall, The Knitting Factory, and the Tea Lounge.  In addition to leading his own group, he has performed with the Russ Flynn Large Ensemble, the Scofflaws, the Clubs, and the Jonathan Batiste Band.

Lenny Robinson is one of the most in demand jazz drummers in Washington, performing with such artists as Clifford Jordon, George Coleman, Archie Shepp, Larry Willis, Dewey Redman, Ronnie Mathews, John Hicks, Buster Williams, and Roy Hargrove. He has toured with Ahmad Jamal, Lou Donaldson, Vanessa Rubin, and Don Braden, and was a member of the late Stanley Turrentine's working band. Lenny is currently on the faculty of the Landon School in Bethesda. http://www.jazzconnect.com/lennyrobinson/

Bassist James King, a native of Houston, Texas, studied at Texas Southern University, Hampton University, and the University of the District of Colombia.  A well-known bassist in the mid-Atlantic region, Mr. King has lived and worked in the Washington, D.C. area since 1977. During a musical career that spans more than 25 years, Mr. King has conducted clinics and occasionally led his own groups, in addition to a rigorous performance schedule. He has performed with Stanley Turrentine, Buck Hill, Elvin Jones, Marlena Shaw, Ronnie Wells and Stephanie Nakasian, among others. He also has appeared at major jazz festivals in North America and abroad, including North Sea, Montreal, and Pori. He performed at the Kennedy Center Terrace Theater in 2001 in A Tribute to Stanley Turrentine, and in the K.C. Jazz Club as a member of the Bob Hallahan Trio, with pianist Bob Hallahan, drummer Nasar Abadey, and vocalist Stephanie Nakasian in her “Tribute to June Christy,” May 6, 2004.  Mr. King appeared on the Kennedy Center Millennium Stage on December 25, 1999 and 2005 as a part of the annual Christmas Day Jazz Jam. He performed in the KC Jazz Club as a member of the Buck Hill Quartet on September 8, 2005; as a member of the Geri Allen Trio with Mary Stallings on November 10, 2005; and with Flutology on March 10-11, 2006.  He also participated in the Center’s Tribute for Keter Betts in the Terrace Theater on November 10, 2006.

Carl Banner (piano) is founder and executive director of Washington Musica Viva, and has produced and performed more than 170 chamber music concerts in the Washington area since 1998. He is a winner of several music competitions, including the Washington, DC, National Society of Arts and Letters Competition. Banner has performed as soloist with the St. Louis Symphony, and at Carnegie Hall with the Creative Associates, a new music ensemble. His teachers included Thelma Stein, Harold Zabrack, Leon Fleisher, Edith Schiller, Leonard Shure, and Leo Smit. He has recorded for AmCam, WMV, Mapleshade, and BRSQ records. He holds a Ph.D. in Molecular, Cellular, and Developmental Biology from Harvard University, and was active in
biomedical research and administration until his retirement in 2005.