Home » Events » Concert: The Power of the Human Spirit - Tribute to Václav Havel 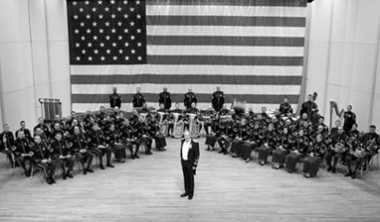 Concert: The Power of the Human Spirit - Tribute to Václav Havel

The U.S. Army Concert Band, conducted by Colonel Thomas H. Palmatier, and members of the Cathedral Choral Society, under the direction of Maestro J. Reilly Lewis, will present a musical tribute to the late Czech President Václav Havel in the program The Power of the Human Spirit at the Basilica of the National Shrine of the Immaculate Conception on September 30, at 7:30 pm. The program is dedicated to the legacy of the late president with majestic pieces such as Janáček’s Sinfonietta: Fanfare, Glagolitic Mass: Organ Solo, Otčenaš (Our Father), featuring tenor soloist, Staff Sergeant Matthew Heil; and Dvořák’s Mass in D major, Op. 86: Sanctus and Benedictus. The program is an artistic reflection of two key historical events embodied in the work of Czech composers including Karel Husa’s multi-movement masterpiece Music for Prague, composed after Prague Spring (1968), and Petr Eben’s Prague Te Deum, created during the time of the Velvet Revolution (1989). Share in an evening of Czech classical music performed by some of America’s best artists.
Photo courtesy of the U.S. Army Concert Band

Admission is free; however free tickets are required.
Tickets: www.eventbrite.com/event/7916601769/eorg