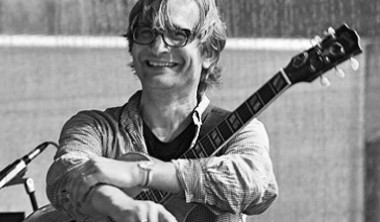 The festival presents two exciting events taking place back to back at different venues.

September 18, 6 pm
The Delegation of the European Union to the United States welcomes Czech actress Miřenka Čechová, who will present her lecture "The Expressive Body" as part of the Delegation’s ongoing series Conversations in Culture. The discussion will focus on the body as the actor’s instrument and how the many elements of movement (breath, joints, look, energy, impulse, voice, imagination, ideas, and emotions) are eloquently expressed through the body.

Location: The Delegation of the European Union to the US
2175 K Street, NW, Washington, DC
www.euintheus.org


September 18, 7 pm
Bistro Bohem will welcome jazz duo Rudy Linka (guitar) and Apollo awardee Christina Prindle (singer), for a program entitled "Love Story - Jazz and Spirituals that Celebrate the Complexity of Love in Music," dedicated to Václav Havel, one of the greatest Europeans of our age. Savor delicious Czech cuisine while grooving to tunes with this outstanding jazz duo.

About the Artist:
Rudy Linka is a composer, jazz guitarist, band leader, and artistic director. Born in 1960 in Prague, Czech Republic, he started to play the violin at the age of five and switched to classical guitar nine years later. He moved to Sweden in 1980, where he studied at Stockholm Music Institute. In 1985, he was awarded the Jim Hall fellowship at Berklee College of Music in Boston. He later moved to New York to study at the New School and privately with Jim Hall, John Abercrombie, and John Scofield. Rudy has performed and/or recorded with such artist as Red Mitchell, Gil Goldstein, Bob Mintzer, Paul Motian and many others. He has released 15 albums (Enja, Timeless, Universal, Sony/BMG, Quinton), has been voted as one of the ten best jazz guitarists by readers of DownBeat magazine and performs around the world. He is the founder and artistic director of the international festival Bohemia Jazz Fest. For more information about Rudy Linka, please visit www.rudylinka.cz.