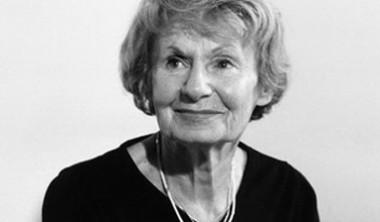 Film: Hitler, Stalin, and I

The Library of Congress will screen documentary director Helena Třeštíková film Hitler, Stalin, and I (Hitler, Stalin a já) in the Pickford Theater on October 29, at 12 noon. The film delves into the life story of Heda Margoliová-Kovalyová, who survives Nazi concentration camps. Her husband then became Secretary of Trade, but was executed during the communist purges in the 1950s. The film explores two of the major totalitarian regimes of the 20th century in which Havel lived during his life.

Hitler, Stalin, and I (Hitler, Stalin a já)
Helena Třeštíková, 2001, 56 minutes, in Czech with English subtitles

The screening is a part of the ongoing Docs in Salute film series, presented in collaboration with the Embassy of the Czech Republic.

Read a review of the film in Variety by clicking here.

About the Director:
Helena Třeštíková studied documentary filmmaking at the Prague Film Academy, FAMU. Since 1974, she has worked as a professional filmmaker, shooting almost fifty documentary films of various lengths on themes of interpersonal relationships and social problems. In the course of time, she specialized in the longitudinal approach, following people’s life stories on long-term basis. For a period of six years, her first series of time-lapse films followed the everyday lives of several young married couples from the moment of their wedding. For her film René (2008), she was awarded by the European Film Academy (EFA) the 2008 Prix Arte for Best Documentary Film.