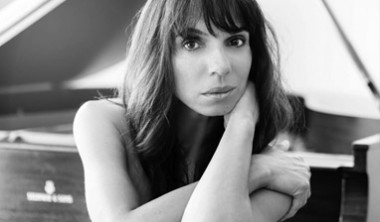 On September 18, at 6:30 pm, the Embassy of the Czech Republic will feature pianist Lara Downes in the concert Amerika: Expression and Exile, which includes the reading of Nine Parables to Franz Kafka's "Amerika" written by Andre Singer. The concert features Bohuslav Martinů’s Etudes and Polkas,  Erwin Schulhoff’s Suite dansante en jazz, and Erich Wolfgang Korngoldamong's Sonata No. 2 in E major, Op. 2. Indulge in a memorable evening of music at the Czech Embassy.

ABOUT THE ARTIST:
A captivating presence both on and offstage, critically acclaimed American pianist Lara Downes is recognized as one of the most exciting and communicative classical artists of her generation. Called "a delightful artist with a unique blend of musicianship and showmanship" by NPR and praised by the Washington Post for her stunning performances "rendered with drama and nuance," Lara presents the piano repertoire―from iconic favorites to newly commissioned works―in new ways that bridge musical tastes, genres and audiences.

For more information about the artist, please visit
www.laradownes.com.

RSVP by September 16
www.eventbrite.com/e/concert-amerika-expression-and-exile-tickets-12602084173
Please note: Concerts at the Embassy of the Czech Republic are open to the public. Admittance is on a first-come, first-seated basis, beginning 30 minutes before each concert. Please note that guests arriving late to the performance will only be allowed entry into the concert during a break or intermission in the program. 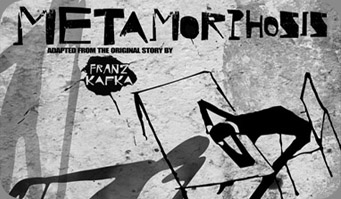 On September 18, at 8 pm, the Alliance for New Music-Theatre will open Kafka’s most influential and popular work – Metamorphosis – to bring to the stage both the darkness and the humor of Kafka as the quintessential Outsider’s Outsider at the Woolly Mammoth Theatre. In Kafka’s seminal story, salesman Gregor Samsa wakes up to discover that he has been transformed into a monstrous insect. Kafka’s works surpassed all literary conventions and social boundaries, tapping into a universal expression of modern man’s alienation and angst. Metamorphosis, directed by Susan Galbraith, who has further adapted Steven Berkoff’s dramatization into a music-theatre vehicle features original music and projected animations to enrich the performance. Share in the opening night of this monumental masterpiece. The show runs until September 21.

Tickets are available through the Alliance for New music-Theatre's website www.newmusictheatre.org.
Use promo code "MetaKafka" for $20 tickets.