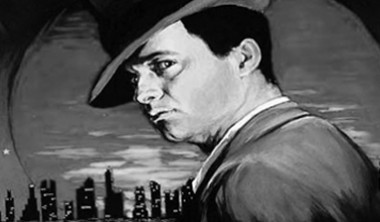 On October 9, at 6:30 pm, the Embassy of the Czech Republic will screen director Vladimír Michálek’s debut film Amerika, based on Kafka’s unfinished novel of the same name. Kafka originally titled the book The Man Who Disappeared. Having never travelled to America, Kafka read all that he could about the country as well as the letters of his two uncles who had emigrated there. The story centers on the wanderings of 16-year-old Karel Rossman, who was forced to travel to New York to escape the scandal of his seduction by a maid who becomes pregnant. Explore a view of Kafka’s work on film in this timeless tale. (DIR: Vladimír Michálek , 1994, 90 minutes, in Czech with English subtitles)

Please note: Programs at the Embassy of the Czech Republic are open to the public. Admittance is on a first-come, first-seated basis, beginning 30 minutes before each cultural evet. Please note that guests arriving late will only be allowed entry during a break or intermission in the program.

ABOUT AMERIKA:
Kafka’s literary work is filled with dark atmosphere, lack of control, and the sense of inevitability - all of which are repeatedly manifested in Amerika. The very dynamics of the story, one could argue, conveys the unbearable fate of Karl Rossman. The young man has to leave his homeland in order to start a new life on a continent he does not know. Yet, the sixteen-year-old boy is hopeful, he sees America as a chance for a new beginning. There are reasons to be optimistic. Karl’s uncle, who has lived in America for decades, is said to be the richest man there and agrees to take care of Karl. The young boy attempts to be meticulous and follows his uncle’s unreasonably restrictive orders with almost complete obedience. Eventually, however, Karl is thrown into a situation where he is unable to live up to his uncle’s unbearable expectations and ends up on the street. For Karl, any hope of compassion, familial love, understanding, and even America itself proves false.

The makers of the film Amerika take the potential of the medium to its full extent. Kafkaesque atmosphere is conveyed by dark imagery, haunting music, and plain dialogue so that each time Karl faces another obstacle on his journey, we share his uneasiness. The literary version of Amerika raises questions that have been discussed by generations of scholars. Is Kafka using the framework of America to convey a story of a boy lost far away from home or is he crafting a masterful critique of America’s materialism? The film does not provide clear answers to these fundamental questions, but rather its imagery highlights others. For instance, Karl’s encounters with women demonstrate the lack of control that he exercises over his fate and bring the question of sexuality in Kafka’s work to the fore.

The film Amerika was Vladimír Michálek’s debut. The director was born in 1956 and enrolled at Prague’s FAMU (Film and TV School of the Academy of Performing Arts in Prague), where he studied documentary at the age of 28. After Amerika, Michálek’s ability to shoot a powerful story manifested itself in Forgotten Light (1996) and Sekal Has to Die (1998). The latter proved immensely successful and won 10 Czech Lion awards.