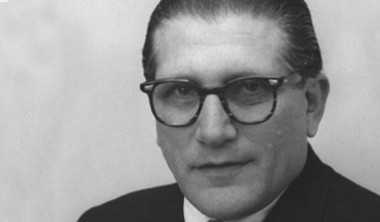 On October 1, at 1 pm, the Library of Congress will screen Father of Refugees in the Pickford Theatre as part of the Docs in Salute series focused on Jewish themes. The documentary centers on the mysterious death of Charles Jordan. A refugee expert and vice-president of the American Joint Distribution Committee (JDC), Charles Jordan wanted to change the very core of the conflict in the Middle East. Jordan was about to present a proposal to the U.N. concerning the resettling of Palestinian refugees following the Israel-Arab Six Day War. In the summer of 1967, his body was fished out of the Vltavar River. Filmmaker Martin Šmok presents the theory that the Czech secret service (StB) was involved in his murder. The case has become one of the great murder-conspiracy theories in modern Czech history. (Petr Bok & Martin Šmok, 2003, 58 min., in English)

Admission is free | No reservations are required.