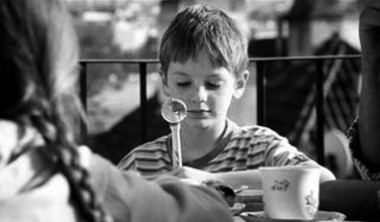 FILM: Maharal-Secret of the Talisman

On October 18, at 5 pm, the Embassy of the Czech Republic will screen director Pavel Jandourek’s film Maharal – Secret of the Talisman (Maharal  - Tajemství talismanu). The film follows three kids from Prague (Alena, David and Ondra) and charismatic treasure hunter Aaron Cohen who venture to the most mysterious places of old Prague, including the ruins of an old water castle and the domains of wondrous entities from days gone by, in search of a mysterious talisman, the fabled Golem, and the legendary Philosopher’s Stone. The Maharal, also known as Rabbi Loew, is a Jewish scholar from Prague who is at the center of the legend of the Golem of Prague. The Golem was a mystical creature made from clay that protected the Jews of the Prague ghetto from anti-Semitic attacks. Venture into the world of mysticism and wonder through this adventurous film. (DIR: Pavel Jandourek, 2007, 100 min., Czech with English subtitles)

As the movie makes apparent, Prague had once been a city of ethnic, religious, and cultural diversity that shaped its history for centuries. When Franz Kafka was born, the Czech lands were part of the Austro-Hungarian Empire and the Czech capital was home to Czechs, Germans, and Jews. Kafka himself considered German his mother tongue but spoke fluent Czech. At a time when both Czechs and Germans were strengthening their identity, Kafka’s Jewish community found itself between the two sentiments, raising questions about its belonging.

The director of Maharal Pavel Jandourek was born in 1963 in Prague. After studying at the Czech Technical University in Prague, Jandourek worked in the Czechoslovak Television as a camera assistant. Since 1991, he has described himself as a freelance director and script writer and collaborated with the Czech Television and other production institutions. His specialty are travelogues – Jandourek directed a number of episodes from Czech Television’s Cestománie (Travelmania). Besides Maharal, Jandourek received recognition for Epic Film (Velkofilm, 2008) and a comic fairy tale House of the Golden Dawn (Dům U Zlatého Úsvitu, 2009).

For more information about the film, please visit
www.maharal.cz (in Czech only)

Please note: Programs at the Embassy of the Czech Republic are open to the public. Admittance is on a first-come, first-seated basis, beginning 30 minutes before each cultural event. Please note that guests arriving late will only be allowed entry during a break or intermission in the program.