Home » Events » THEATRE: A Report to an Academy 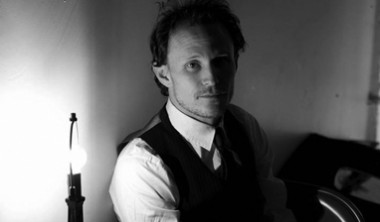 THEATRE: A Report to an Academy

On September 9, at 6:30 pm, the Embassy of the Czech Republic will present Kafka’s riveting short story A Report to an Academy brought to life in a stunning adaptation by Drew Valins. Kafka wrote this tale in 1917; however, its themes of lost identity and marred freedom will grip any modern audience today. In this tale, Red Peter details his transformation from ape to human from the horrors of being snatched into captivity and held within a confining cage to the realization that he must become something he is not in order to obtain something like freedom.

One critic wrote: "His Iago is handled as expertly as Kenneth Branaugh's with Lawrence Fishburne as Othello, or Bob Hoskin's with Anthony Hopkins' Othello. His ongoing solo project, Franz Fragments, in which he theatrically probes the many works of Franz Kafka, has appeared on numerous stages and alternative spaces."

Over the past year, Drew collaborated with D.C.´s own Alliance for New Music-Theater and the Czech Republic's Mirka Čechová in The Vaclav Havel Project, in which he played Ferdinand Vanek, Havel´s alter-ego in Unveiling.