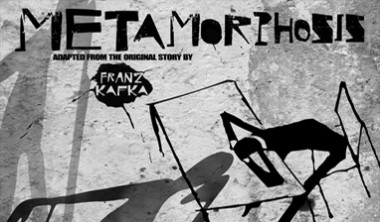 On September 10, at 8 pm, the Alliance for New Music-Theatre will open Kafka’s most influential and popular work – Metamorphosis – to bring to the stage both the darkness and the humor of Kafka as the quintessential Outsider’s Outsider at the Woolly Mammoth Theatre. In Kafka’s seminal story, salesman Gregor Samsa wakes up to discover that he has been transformed into a monstrous insect. Kafka’s works surpassed all literary conventions and social boundaries, tapping into a universal expression of modern man’s alienation and angst. Metamorphosis, directed by Susan Galbraith, who has further adapted Steven Berkoff’s dramatization into a music-theatre vehicle features original music and projected animations to enrich the performance. Share in the opening night of this monumental masterpiece. The show runs until September 21.