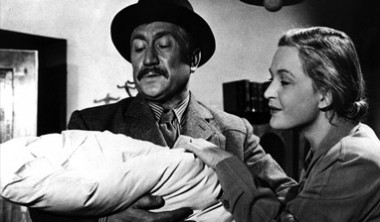 The Embassy of the Czech Republic will screen director Martin Frič's Čapek's Tales (Čapkovy povídky) on September 29, at 6 pm. The film is based on Karel Čapek's detective stories from the late 1920s collected in two volumes, Tales from One Pocket and Tales from the Other Pocket, together known as the Tales from Two Pockets. Demonstrating his diverse writing, Čapek was interested in criminology and criminal psychology, depicting ordinary people in extraordinary situations. Exploring Čapek's quest for truth, the director chose to focus on five such tales: "Released on Parole," "The Case Involving the Baby," "The Ballard of Juraj Cup," "The Stolen Documents," and "The Last Judgement." Put on your sleuth's hat for an investigative evening of detective dramas. (1947, 97 min., Czech with English subtitles)