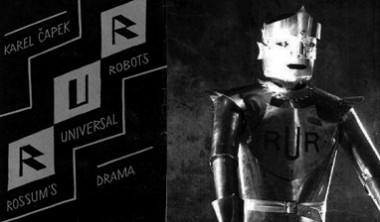 The Alliance for New Music Theatre presents a theatrical reading with music of R.U.R.: A Retro-Futuristic Musical based on Karel Čapek’s most renowned plays – R.U.R. (Rossum's Universal Robots) on September 7, at 2:30 pm, in the Family Theatre at the Kennedy Center. R.U.R. takes the viewers "back to the future" in a new musical adaptation and unveiling of a play written in 1920 by Czech playwright Karel Čapek, who introduced the word “robot” to the world. The prescience of the work will engage audiences, as the play's focus is very much part of today's global conversation: Will the combination of a robotic workforce and artificial intelligence liberate mankind from economic drudgery or will it become a superior force that threatens to overcome the human race? Check out a preview of this new work in progress as part of the Kennedy Center's Page-to-Stage Festival.