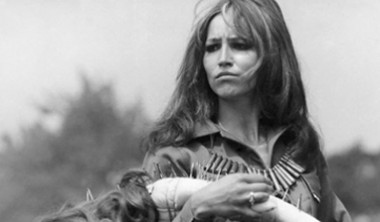 Documentary: Magic Voice of a Rebel

The Embassy of the Czech Republic will screen veteran filmmaker Olga Sommerova's documentary Magic Voice of a Rebel (Magický hlas rebelky) on November 3, at 6 pm. The stellar career of this talented singer and three-time winner of the Golden Nightingale music award ended in 1968 with the occupation of Czechoslovakia. In 1977, Kubišová signed Charter 77 and also became its spokesperson, making her a target of the secret police. After twenty years’ enforced silence, however, she was able to stage a spectacular comeback during the Velvet Revolution. View key episodes from the private, professional and dissident chapters of Marta Kubišová’s life through archival footage and interviews with friends, such as Dana Němcová, Pavel Kohout and Jaroslav Hutka. (Dir. Olga Sommerová, 2014, Czech with English subtitles)

About the Director:
Olga Sommerová has made nearly 100 documentaries. The film Magic Voice of a Rebel won the Audience Award at the 2014 Karlovy Vary International Film Festival and the director was nominated for a Czech Lion Award for Best Director.

RSVP required by by November 2 to
http://magicvoice.eventbrite.com
Embassy policy: No bags or suitcases allowed. Only small purses permitted but will be checked at the door. No coat check available. You must pass through security for entrance. RSVP confirmation and photo ID required. Doors close at 6:15 pm.