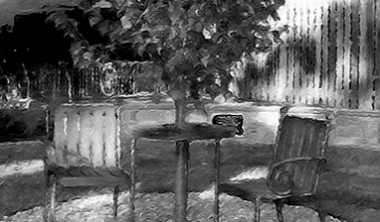 The Embassy of the Czech Republic in collaboration with Georgetown University’s Department of Performing Arts will hold Poetry & Verse at the Václav Havel’s Place with special guest former First Lady Dagmar Havlová at 1 pm on Tuesday, September 27, 2016. Students will interpret and perform poetry and readings from original works by late Czech President Václav Havel at the Václav Havel’s Place in Alumni Square at Georgetown University. Come see the announcement of the winner of the special essay competition The Salvation of This Human World, inspired by the words of a landmark speech on human meekness and human responsibility which President Václav Havel gave before a Joint Session of the US Congress.

This program is a part of the Mutual Inspirations Festival 2016 – Martina Navrátilová, honoring a woman who has been vocal against communism and an advocate for human rights issues all her life.

In November 1989, Martina Navrátilová, by chance, ran into Václav Havel at a pub in Prague and he invited her to speak in Wenceslaus Square before thousands, celebrating the fall of communism. Three months later, Martina Navrátilová sat in a public gallery in the US Congress, wiping tears from her eyes as President Havel addressed the joint session.

Václav Havel (1936-2011), playwright, essayist, poet, dissident, and politician, was one of the writers of Charter 77, a document that criticized the communist government for failing to implement human rights provisions. After the Velvet Revolution in 1989, he became the tenth and last President of Czechoslovakia and the first President of the Czech Republic. President Havel received numerous state decorations, honorary doctorates, and international awards, including the U.S. Presidential Medal of Freedom. A bust of President Havel stands in the United States Capitol to serve as a constant reminder of his lifetime commitment to the advocacy of universal human rights and democratic principles. His work in human rights continues through the Forum 2000 Foundation.

President Havel held great respect for students, especially for their courage to face totalitarianism in the streets of Prague, which set the stage for him to peacefully lead the people in the Velvet Revolution and the country through a transformation to democracy. During his first trip to America as President, Havel visited Georgetown University as he wished to spread the message regarding the students’ pivotal role in Czechoslovakia’s future. In 2013, the Václav Havel’s Place was dedicated at Georgetown as a living tribute to him. The site consists of a Linden Tree, the national tree of the Czech Republic, and is encircled by a table with chairs to represent a “democratic debate.”

In honor of the 80th anniversary of the birth of President Havel, the Embassy of the Czech Republic, in collaboration with Georgetown University, invited Georgetown undergraduate students to submit an essay on The Salvation of This Human World. The theme reflects upon President Havel’s speech to the Joint Session of the US Congress in 1990, in which he stated that, “The salvation of this human world lies nowhere else than in the human heart, in the human power to reflect, in human meekness and in human responsibility.”  With these words in mind, students were asked to reflect on the current migration crisis in Europe and how it should be resolved. The winner will receive a round-trip air ticket to the Czech Republic, complements of the Embassy of the Czech Republic and CzechTourism, and five nights’ accommodation in Prague.

RSVP by September 26 to www.poetryandverse.eventbrite.com

In case of rain, the event will take place in the lobby of the Gonda Theater at the Davis Performing Arts Center.