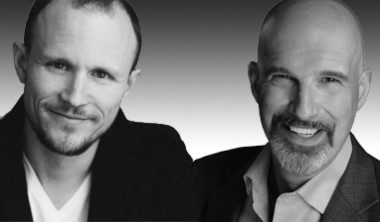 The Alliance for New Music-Theatre presents the play Protest, written by Václav Havel and directed by Susan Galbraith with Drew Valins and David Millstone in the roles of Vaněk and Staněk at the Woodrow Wilson House on September 28, at 7 pm. In Protest, Vaněk pays a visit to the lavish home of former colleague Staněk, who has invited the renowned activist to help him secure the release of a jailed radical musician, fiancé to his daughter. Vaněk also has a favor to request, getting the influential man's signature in a far reaching protest. The play exposes the power of a soceity that spies on its citizens and the thin line between acquiescence and culpability. Witness the witty interplay of words in this work by Havel, who later became the leader of a free nation.

The performance is designed to acknowledge the courage and the comaraderie that conjoined in the original stagings, called “apartment performances.” Havel and other publically banned artists found this radical   solution as a way to share their works with their audiences as private living room performances. The performances were known for their intimacy, their sly in-jokes about notable Czech artists (including Havel himself taking on the role of Vaněk,) and their tongue-in-cheek pokes at the communist-controlled country. Havel’s “Vaněk” became a kind of alter-ego or at least a much-beloved symbol of a counter-culture that later would bring about a bloodless “Velvet” Revolution. Many other playwrights, including Pavel Kohout and Tom Stoppard, modeled plays on the Vaněk character.