Home » Events » Great Experimenters in Film: From Saturday to Sunday 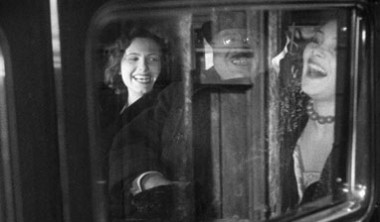 Great Experimenters in Film: From Saturday to Sunday

The National Gallery of Art will present director Gustav Machatý's early "talkie" From Saturday to Sunday (Ze soboty na neděli), introduced by National Film Archive Director Michal Bregant on October 29, 2017, at 4:30 pm. The screening is organized in cooperation with the Embassies of Norway, Iceland, and Liechtenstein.In the film, two secretaries go out on for an evening on the town. Shy Mary eludes the advances of a salacious man and stumbles into a bar where she encounters a man who just might capture her heart. This film was a masterpiece of the sound era and acclaimed jazz musician Jaroslav Ježek wrote the score for the film. (Dir. Gustav Machatý, 1931, 85 min., Czech with English subtitles)


Photo courtesy of the National Film Archive in Prague