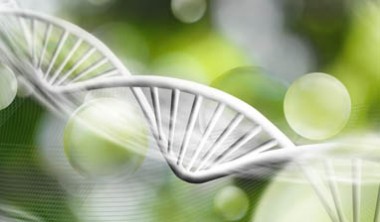 The keynote address on Gregor Mendel and his legacy will be delivered by Ondřej Dostál, Director of the Mendel Museum in the Czech Republic, followed by an expert panel discussing topics such as inherited breast cancer by Professor of Oncology and Senior Genetic Counselor at the Georgetown Lombardi Comprehensive Cancer Center, Beth N. Peshkin, reproductive ethics by legal expert Susan Crockin, genomic medicine by Oncology Professor Kevin FitzGerald, and eugenics by Kennedy Institute of Ethics Professor Emeritus LeRoy Walters.
Using genetic technologies, we can decide which IVF embryos are transferred to a woman’s uterus, predict what diseases will impact our lives, and develop treatments to better manage our healthcare. However, these possibilities have also brought ethical concerns. Explore the new era of genetics as well as the questions that have arisen as the result of scientific advancements.
RSVP is required by September 25, 2017 to https://geneticstoday.eventbrite.com | Admission is free.
Registration check-in is from 9:30 am-10 am on September 28.
A buffet lunch of Czech cuisine prepared by the Embassy of the Czech Republic will follow the event.
LOCATION: Georgetown University - McDonough School of Business
Rafik B. Hariri Building, 4th Floor, Fisher Colloquium
Washington, DC 20057

For more information regarding a map of location and parking
please click here.
BIOGRAPHIES:
Keynote Address:
Mgr. Ondřej Dostál, Ph.D., Director of the Mendel Museum
Title: The Life of Gregor Mendel - The Story of a Genius
Abstract: If there are milestones in science, then one of them is certainly the description of the principles of heredity by Gregor Mendel. As a village child, he attended a number of schools where he always excelled. He also endured difficult times, such as when he suffered from a lack of food. Perhaps he even came out stronger because of the obstacles in his life. His failure to pass university exams led him to study all the more vigorously and to prepare his ingenious experiments in the garden of the Augustinian Monastery in Old Brno, where he spent nearly 42 years of his life, taking an interest in bees and meteorology. In the role of abbot, he earned his greatest renown. He lived a rich social life, which brought him unexpected tenures, such as that of the director of the Moravian Mortgage Bank. Most importantly, his life was devoted to the study of natural sciences. His true merits were only recognized after his death, in fulfillment of his words: “My time will come.” He probably did not suspect what an impact his experiments would have and how they would change modern biology.
Panelists:
Susan L. Crockin, JD, Crockin Law & Policy Group, PLLC, Scholar, O’Neill Institute for National and Global Health Law, Georgetown Law Center Adj. Professor, Georgetown Law Center, Affiliate Faculty in Residence, Kennedy Institute of Ethics, Georgetown University
Title: “Repro-genetics”: How rapidly advancing embryo testing technologies are transforming and challenging the world of baby making.
Abstract: The 1978 birth of Louise Brown, the world’s first “IVF baby,” transformed  the possibilities of “assisted reproduction,” and was quickly followed by IVF embryo cryopreservation and the exponentially expanding ability to test cryopreserved IVF embryos, which together allow for the ability to select and deselect which IVF embryos are transferred to a woman’s uterus following such testing, and when. Pre-implantation technologies currently allow testing not only for diagnosis of a rapidly growing number of genetic anomalies (PGD), but also for sex selection and morphology (pre-implantation genetic selection or PGS).  These developments have simultaneously given rise to growing medical and entrepreneurial options for family building, and important medical, legal, policy, and ethical concerns about how providers, patients, and society should address them.
Kevin T. FitzGerald, SJ, Ph.D., Ph.D., Dr. David P. Lauler Chair in Catholic Healthcare Ethics, Pellegrino Center for Clinical Bioethics, Research Associate Professor, Department of Oncology, Georgetown University Medical Center
Title: Global Genomic Medicine: Promise and Peril
Abstract: One area of particularly significant advance on the global healthcare scene is genomic medicine. The National Institutes of Health define genomic medicine as “an emerging medical discipline that involves using genomic information about an individual as part of their clinical care (e.g., for diagnostic or therapeutic decision-making) and the health outcomes and policy technological developments in genetic sequencing and manipulation, but also because of the subsequent medical revelations and new treatment options tat arise from these technologies. This presentation will explore some of the great promise, and the potentially disruptive impacts, genomic medicine could have on people and societies around the world. The presentation will finish with some recommendations for how, together, we might achieve the promise, and avoid the perils, of genomic medicine.
Beth N. Peshkin, MS, CGC, Professor of Oncology, Senior Genetic Counselor, Education Director, Fisher Center for Hereditary Cancer and Clinical Genomics Research, Associate Faculty, Pellegrino Center for Clinical Bioethics, Georgetown University/Lombardi Comprehensive Cancer Center
Title: Beyond the Angelina Effect: Lessons for the Brave New World of Genomic Testing
Abstract: Angelina Jolie’s provocative op-eds in the New York Times about her experiences with BRCA1 testing and subsequent surgeries to reduce her risk of breast and ovarian cancer raised awareness about hereditary cancer to unprecedented levels. Within the same time frame, the Supreme Court invalidated gene patents, calls were made for population screening of women in the U.S. for BRCA mutations, and clinical genetic testing options for cancer susceptibility expanded rapidly. However, these provocative developments have also raised several key ethical concerns related to data sharing and patient autonomy. Addressing these issues is important as whole-genome sequencing becomes more pervasive in clinical and direct-to-consumer testing contexts.
LeRoy B. Walters, Ph.D., Professor Emeritus at the Kennedy Institute of Ethics and in the Philosophy Department, Georgetown University
Title: Eugenics in Bohemia and Moravia, 1915-1945
The Czech Eugenics Society was established in May 1915, during the First World War. After October 28, 1918, when Czechoslovakia gained its independence, leading Czech scholars continued to discuss ways to improve the health of the Czech people. The scholars were deeply influenced by eugenic ideas originating in the United States and Germany. However, many of these scholars retained an interest in social as well as genetic factors that influenced the public’s health. In 1937, the Czech Eugenic Society proposed a eugenic sterilization law that would have affected people in four diagnostic categories: (1) people with hereditary feeble-mindedness; (2) people with severe hereditary nervous and mental diseases; (3) people with severe hereditary sensory deficiencies; and (4) people with some severe hereditary physical problems. This proposed law was never enacted by the Czech government. After the dismemberment and occupation of Czechoslovakia by Nazi Germany, the occupation authorities established a new Institute for Heredity and Racial Hygiene. Under the auspices of the institute, approximately 3,000 people from the so-called “Reichsgau Sudetenland” were sterilized between 1941 and 1945.
czech.cz
© 2011-2019 Embassy of the Czech Republic in Washington, DC
www.mzv.cz/washington
facebook
RSS