Home » Home Page » Memories of Living under Hitler and Stalin 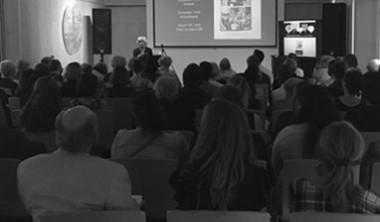 Memories of Living under Hitler and Stalin

Dr. Renata Laxova, a Holocaust survivor and renowned Czech-American geneticist, shared her life story at the Czech Embassy in an intimate setting of over 100 people on September 18, 2017.

Laxova, who was born into a Jewish family, began with her tragic memories of life in Brno, Czechoslovakia, in 1938 as her “normal” childhood was uprooted and destroyed while Hitler’s power strengthened. She recounted meeting a couple, whose children were cold-heartedly murdered by the Nazis during Kristallnacht in neighboring Vienna. Fearing the worst, her parents put Laxova, who was just 8 years old, on a train along with other children in August 1939, the 8th and last special transport organized by Sir Nicholas Winton which safely made it to England.  “To this day, every time I meet an 8 year old, I think about that time,” Laxova said, contemplating the difficult decision her parents made as they sent her off into the unknown, blindly trusting the “British Committee for Children in Prague,” an entity they never met. Laxova then detailed her life in refuge with her foster family and her eternal bond with them. Laxova’s parents miraculously survived the Holocaust, albeit seeing and enduring sheer terror and inhumanity.

Laxova was able to return to them in her homeland and eventually pursue a career in pediatrics. Unfortunately, by then, the Communist party had taken over and, ludicrously, Laxova, due to her exile in England, was questioned if she would “poison students with Western convictions.”  Laxova further spoke about the absurdity of the education she received under the Soviet direction of Trofim Lysenko on Mendel’s principles of inheritance, ironically in the city of Brno, where Mendel did his groundbreaking research and publicized his findings. “We weren’t allowed to learn about the different blood types because we weren’t allowed to learn about heredity,” the pediatrician shook her head.  The audience was absolutely petrified by Laxova’s stories of horror and perseverance, yearning to learn more from her experiences.

When the Soviet tanks rolled into Czechoslovakia in 1968, Laxova again headed for England, where she had previously established close ties with the famous British medical geneticist Lionel Penrose. “We literally ran that time.” She was astounded by the hospitality of Doctor Penrose when they showed up as refugees on his doorstep, “They just gave us the keys to their house and left for the weekend.” Her career subsequently took her to the Departments of Pediatrics and Medical Genetics at the University of Wisconsin–Madison and she became the discoverer of the Neu-Laxova syndrome, a rare congenital abnormality involving multiple organs, with autosomal recessive inheritance.

The event was a collaboration between the Embassy of the Czech Republic and the Czechoslovak Society for Arts and Sciences.