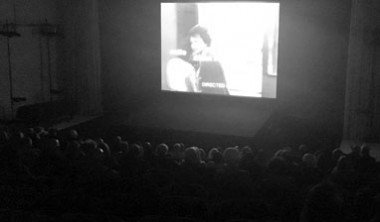 As a part of the series From Vault to Screen: Czech National Film Achive running October 21-29, the National Gallery of Art screened five restorations of groundbreaking Czech films of the early sound period, in addition to a new digital restoration of Black Peter (Černý Petr), Miloš Forman's early New Wave masterpiece of the 1960s. Special guest Michal Bregant, director of the Czech National Film Archive, opened the film at the Gallery on October 28, with over 200 in attendance for this coming of age story inspired by the vérité approach of Italian neorealism. The newly restored films showcase the "great experimentors" in film - from the early "talkies" to the Golden Age of Czech filmmaking.

Forman's debut film Black Peter centers on a shy but sympathetic young store clerk who, assigned to apprehend shoplifters, lacks the nerve to confront anyone. Its warmth, ironic humor, and realism were a hit with viewers and, though criticized by the regime. The film was selected as the best picture of 1963 by Czech film critics.
The other films in the series included From Vault to Screen: Czech National Film Archive included: Ecstacy (Exstase), Tonka of the Gallows (Tonka Šibenice), On the Sunny Side (Na sluneční straně), Such is Life (Takový je život), and From Saturday to Sunday (Ze soboty na neděli).
czech.cz
© 2011-2019 Embassy of the Czech Republic in Washington, DC
www.mzv.cz/washington
facebook
RSS