The Embassy of the Czech Republic held a festive celebration to commemorate one hundred years of Czech independence. To mark the historically vital occasion, hundreds of guests filled the main reception hall of the Czech Embassy to hear the welcoming words of Ambassador of the Czech Republic Hynek Kmoníček. The Ambassador underscored the gravity of the moment and its observance in Washington, DC. 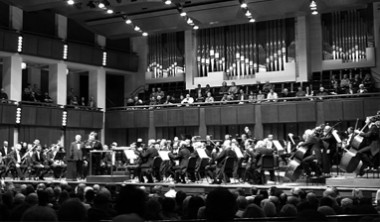 As part of the celebrations surrounding the 100th Anniversary of Czech Independence, the Czech Philharmonic, under the direction of maestro Semyon Bychkov, performed a special gala concert on October 29, 2018, in the Kennedy Concert Hall. The Embassy of the Czech Republic held a prestigious conference, From Masaryk to Havel and Beyond: The Struggle for Democracy, with keynote speaker former US Secretary of State Madeleine Albright at the Cosmos Club in Washington, DC, on October 18, 2018. 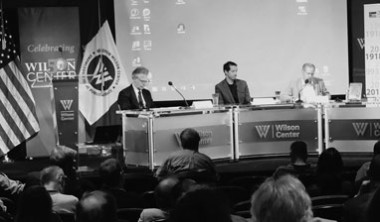 Discussion and Exhibit Focus on Road to Peace

The Wilson Center, in collaboration with the Embassy of the Czech Republic and the Embassy of Slovakia, presented a historical discussion featuring Kevin McNamara, Associate Scholar at the Foreign Policy Research Institute in Philadelphia, and Michal Kšiňan, researcher at the Institute of the History of the Slovak Academy of Sciences, moderated by Robert S. Litwak, Senior Vice President at the Wilson Center. 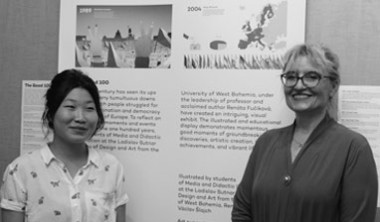 Festival Launch and Opening of the Exhibition: The Good 100

The Mutual Inspirations Festival 2018 – Czech Independence launched at the Czech Embassy with the opening of the exhibition, The Good 100, on September 6, 2018. Deputy Chief of Mission Zdeněk Beránek delivered remarks on the importance of the centennial anniversary of Czech independence celebrated by this year’s festival, before giving the floor to professor and acclaimed author Renáta Fučíková, who oversaw the creation of the visual exhibit on display.

The year 2018 is a very special year as the Czech people mark 100 years of independence and sovereignty. It is a time for reflection on a centennial of struggle for freedom and democracy as well as celebration of the transatlantic inspiration and friendship, which helped us get to where we are today. The Czech-US relations are stronger than ever before as the Czech Republic and the United States collaborate on security around the world and their economies mutually prosper.
Hence, albeit the Mutual Inspirations Festival annually honors one extraordinary personality, this year’s festival honors all the people who have contributed to 100 years of Czech independence.  I remain humbled by the last century’s trials, tribulations, and triumphs and raise my glass to the next one hundred years of democratic independence.
~  Hynek Kmoníček, Ambassador of the Czech Republic to the United States of America
czech.cz
© 2011-2019 Embassy of the Czech Republic in Washington, DC
www.mzv.cz/washington
facebook
RSS