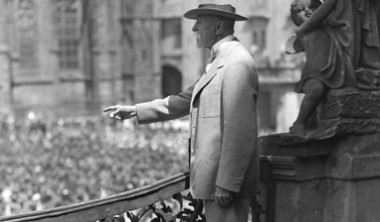 One hundred years ago, Tomáš Garrigue Masaryk symbolically stood atop the stairs of Independence Hall in Philadelphia, the place where both the United States Declaration of Independence and the United States Constitution were adopted, to declare the vision of independent Central European nations, cooperating in union to contribute to the peace and common welfare of the world. As Czech nationalists fought for self-determination in the heart of Europe and the Czechoslovak Legion victoriously pushed through the coldest parts of Russia, Masaryk had gained support abroad, significantly and most prominently from US President Woodrow Wilson. Breaking free from Austro-Hungarian rule after generations’ struggle for cultural, social and political emancipation, the newly created democratic homeland, for Czechs, Slovaks, and welcoming of other nationalities, rose from the ashes of WWI on October 28, 1918. Today, Masaryk, the founding father and first freely elected president of Czechoslovakia, remains deeply revered and statues of President Wilson and President Masaryk stand in each other’s respective national capitals of Prague and Washington, DC. 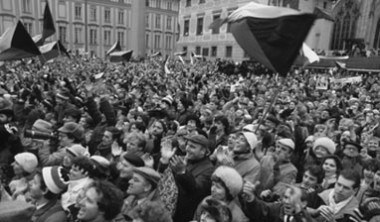 Founded on liberal democratic principles, Czechoslovakia prospered in the interwar period, even granting women the right to vote six months earlier than the United States. Yet, the nation state’s dreams were dashed as foreign powers appeased Hitler during the Munich Conference in 1938. Albeit resisting the occupation from abroad and within, the innocent paid the ultimate price when the Nazis annihilated many, including the entire Czech village of Lidice. As US General Patton’s army liberated western Czechoslovakia at WWII’s end, democracy was restored; only for the flame to dim again in 1948 with the communist coup d'état. Nevertheless, the torchbearers of the struggle for freedom at home and in political exile in America, with the support of the US government through the Voice of America and Radio Free Europe (RFE), could not be silenced. The people’s voices were heard in the 1968 Prague Spring but then the Soviet tanks rolled in. The intellectually brave continued to demand that the government honors human rights via the historically vital document Charter 77. The truth ultimately prevailed over the totalitarian regime during the bloodless 1989 Velvet Revolution, which reinstated the multi-party democratic government. Today, still broadcasting to countries where the freedom of press is oppressed, RFE reports from its headquarters in Prague. 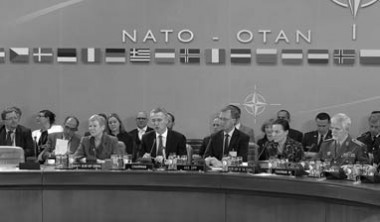 Looking westward, the freely elected President of Czechoslovakia Václav Havel, a dissident and human rights activist, did not lose time to give a moving speech before the joint session of the US Congress in 1990. US President George H. W. Bush visited Prague, as the first American President ever, to rejoice in the restored democracy and alliance between the two nations. In 1993, the Czechs and Slovaks went their own way during the Velvet Divorce, a model, peaceful split of the country into two, the Czech Republic and Slovakia. The Czech Republic strengthened its relations with America, under US President Bill Clinton and with the fervent support of US Secretary of State, Madeleine Korbelová Albright, who is the daughter of a former Czechoslovak diplomat under President Masaryk. Since joining the North Atlantic Treaty Organization (NATO) in 1999, the Czech Republic has partaken in NATO operations in Kosovo, Iraq, and Afghanistan. Prague hosted the 2002 NATO Summit, where the alliance’s post-Cold War Open Door Policy was reaffirmed. Pointedly, US President Barack Obama traveled to Prague to outline his vision of the world without nuclear weapons, returning again in 2010 to sign the New START Agreement. Moving forward, the Czech Republic has worked closely with the US as members of the international coalition in their fight against terrorism. 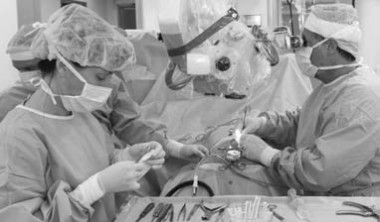 The Czech Republic, a member of the European Union and the European Single Market since 2004, is one of the most economically flourishing countries in Europe, boasting the lowest unemployment rate of any EU member state. It is an industrial powerhouse, a tradition that extends to the inter-war period as Czechoslovakia was one of the most industrialized countries in the entire world. In fact, its manufacturing makes up almost one-third of its total GDP as opposed to just over ten percent in the US. An export-oriented open market, Czech products, such as automobile parts, light sport aircraft, and machinery, are sought out in the US. Czech-made streetcars cruise along the streets of San Francisco, Portland, Tacoma, Seattle, and even Washington, DC. Utilizing the superb education of its renowned universities, brilliant Czechs have invented breakthroughs from soft contact lenses to HIV medicine.  A Czech surgeon led the first full face transplant performed in the US.  Moreover, Czechs have made a splash in the US with nanotechnology, nuclear collaboration, IT-security, and magnificent crystal and glass products. In fact, the US is the Czech Republic’s largest market outside of Europe and, vice-versa, the US ranks among the biggest investors in the Czech Republic.

Doctors in surgery
Photo courtesy: Ministry of Foreign Affairs of the Czech Republic 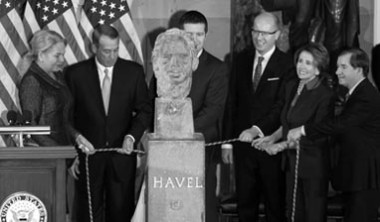 The Czech Republic’s anniversary marks a centennial milestone in the founding of a democracy as well as its inspiration in American values and ideals, such as a representative government and the separation of church and state, which so influenced Tomáš Garrigue Masaryk. Married to an American, Masaryk formed friendships with the likes of American millionaire Charles Richard Crane, who sponsored artist Alphonse Mucha’s Slavonic Epic. Still, others before Masaryk inspired profound transatlantic ties, such as early settlers like cartographer Augustine Herman, who produced the first map of what is now Virginia and Maryland, and classical composer Antonín Dvořák, who in New York produced the symphony From the New World, to which US Astronaut Neil Armstrong took man’s first steps on the moon. In recent history, the inspiration continued when America opened its arms to Oscar-winning director Miloš Forman, tennis legend Martina Navrátilová, and Ivana Trump. Czech-Americans celebrate their heritage locally through their love for Czech food, beer, music, and traditional dress. Meanwhile, in the United States Capitol, a bust of Václav Havel, only the fourth foreign leader represented, sits, a powerful message of mutual respect and belief in human rights, justice, and freedom.