Home » Events » Conference: From Masaryk to Havel and Beyond: The Struggle for Democracy 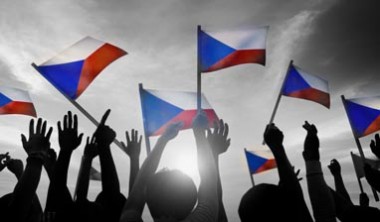 Conference: From Masaryk to Havel and Beyond: The Struggle for Democracy

The Embassy of the Czech Republic will hold a prestigious conference, From Masaryk to Havel and Beyond: The Struggle for Democracy, with keynote speaker former US Secretary of State Madeleine Albright at the Cosmos Club in Washington, DC, on October 18, 2018, at 10 am.

One hundred years ago on October 18, the Washington Declaration was published and, with it, a new state was born in Central Europe. Tomáš Garrigue Masaryk, the declaration’s author and friend of US President Woodrow Wilson, would become its first freely elected president.  Nevertheless, their vision of the new world order was quickly put to the test via the 20th century’s turbulent times and totalitarian regimes. To commemorate the 100th anniversary of the historically vital declaration, which had its inspiration in American values and ideals, distinguished panelists will discuss the current situation in the world, based on past Czech encounters with the idea of democracy and the historical lessons learned, as well as the new challenges presented in the 21st century.

The conference will be symbolically held on October 18, 2018, at the Cosmos Club, just a short walk from the statue of Tomáš Garrigue Masaryk in Washington, DC.

Via the Mutual Inspirations Festival – Czech Independence, the Czech Embassy celebrates the 100th anniversary of Czech independence. Collaborating on security and alliance throughout the century with the United States of America, Czechs mark a centennial of struggle for freedom as well as the resolute establishment of a thriving democracy. This year, the Czech Republic rejoices in its prosperity and industry as well as mutual transatlantic inspiration and friendship.

Parking and metro: Please visit this link for a map and directions