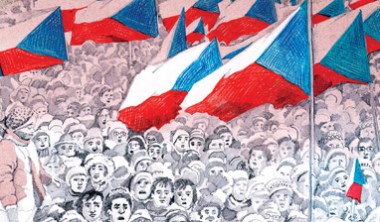 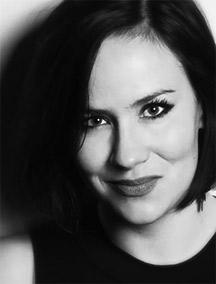 Czech mezzo-soprano Pavlína Horáková has entertained audiences across musical genres. Among her accomplishments, she performed the title role in the opera Carmen with Opera Amore in New York City and sang a number of solo recitals. In addition to her classical repertoire, she performs with Eric Underwood & the All-stars and sang with the Czech rock band Checkpoint. She wrote and performed her one-woman show Why Do I Love Opera? for public school students in New York City. She also co-founded and served as the artistic director of Libretto Metro, which featured pop-up music performances in public spaces to revitalize the appreciation for live classical music. Furthermore, she launched the project Voice New York in Prague, to provide opportunities for young talented Czech students. Horáková holds a Master’s degree from the Manhattan School of Music and graduated from the Prague Conservatory. For more information, please visit  www.pavlinahorakova.com. 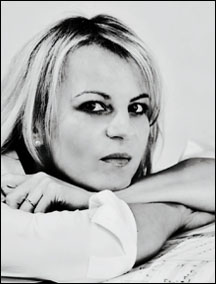 Virtuoso pianist, vocalist, and composer Camilla Mraz has been an integral part of the international music scene for more than 20 years. She has appeared in many major jazz festivals, concert halls, and clubs all over the world. Mraz also collaborates with her husband, first-call jazz bassist and composer George Mraz. She attended the Prague Conservatory where she studied composition, jazz piano and vocals. She subsequently received a degrees from the Music College a Jazz Academy in Germany. Her sound is influenced by the 60s jazz style of pianist Paul Bley, as well as classical music. As a composer, her music has been featured in several films. While living in Europe, she was employed by top-level film and television production studios for both her musical and acting talents. For the past ten years, she has toured and recorded with her own bands throughout Europe and Asia, and has released 12 CDs.
Event Details:
Date:  September 12, 2019, 6 pm
Attire: Business Casual

RSVP by September 11
https://thevelveteffect.eventbrite.com
Admission is free; however, RSVPs are required.
Embassy Security Policy: For entrance, all guests will be subject to security screening. Photo ID is required and must match RSVP confirmation for each individual. No admittance will be permitted without proper registration. Bags and suitcases are not allowed. Only small purses are permitted but must be opened for inspection. Coat check is not available.
Parking: Non-metered parking is available on Spring of Freedom Street and Tilden Street.
Closest Metro: The Embassy is about a 15-20 minute walk from the Van Ness Metro Station.
czech.cz
© 2011-2020 Embassy of the Czech Republic in Washington, DC
www.mzv.cz/washington
facebook
RSS