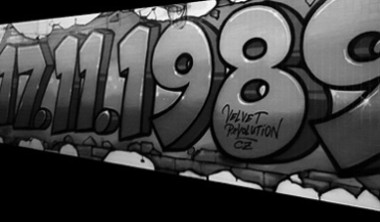 The Alliance for New Music-Theatre, Embassy of the Czech Republic, and Dupont Underground invite you to a Velvet Play & Party on November 16, 2019, at 7 pm. The evening includes a prelude screening of a short documentary My Freedom, followed by the mainstage theatrical performance of the Alliance’s Vaněk Unleashed, and concluding with a Velvet Party featuring DJ Alyaz from Prague. The event commemorates the 30th anniversary of the Velvet Revolution, a movement that restored freedom and democracy to the Czech people. Underground movements continue to transform lives. Head to DC’s hottest hidden venue, right underneath Dupont Circle, for an unforgettable night of theatre, music, and the arts!

EVENT DETAILS:
VENUE: Dupont Underground - 19 Dupont Circle, Washington, DC 20036
The entrance is located on the NE side of the circle next to the Starbucks.
SCHEDULE
Doors open at 6:15 pm
6:30 pm – Prelude: My Freedom
7:00 pm – Velvet Play: Vaněk Unleashed
8:30 pm – Velvet Party with DJ Alyaz from Prague
10:00 pm – Event concludes
As part of the celebrations, view and take photos in front of the huge graffiti artwork pictured above by artist Jan Kaláb and browse the World Press Photo exhibit during the event!
TICKETS
Velvet Play & Party: Doors open at 6:15 pm
Tickets: Adults: $40 | Students: $25
Link:
https://www.eventbrite.com/e/velvet-play-party-tickets-74872209795
Velvet Party only: Doors open at 8:30 pm
Tickets: $25
Link:  https://www.eventbrite.com/e/velvet-party-tickets-80091524907
MORE ABOUT THE EVENT
VELVET REVOLUTION: Historical Background
On November 17, 1989, a student march in Prague marked the 50th anniversary of International Students’ Day, the day a young student was killed by the Nazis during the German occupation of Czechoslovakia in 1939. As the students moved towards the center of the city, the riot police brutally attacked them. In response, hundreds of thousands of citizens found the courage to take to the streets to protest the suppression as well as the ruling communist regime itself. As the mass demonstration grew with each day and spread throughout the country, the stage for the dissident political movement Civic Forum was set. The communist regime fell and democracy was reinstated. The courageous dissident, prisoner of conscience, and talented playwright Václav Havel became the tenth and last President of Czechoslovakia and later the first President of the Czech Republic.
PRELUDE: Short Documentary - My Freedom (Moje svoboda)
2019, 30 min., Czech w/English subtitles
Created by REFLEX Magazine & Czech Television
In this short documentary, 30 renowned Czech personalities from all walks of life reveal what freedom means to them in one-minute excerpts.
VELVET PLAY: Vaněk Unleashed
Vaněk Unleashed is a uniquely American response to the central character of Vaněk. The Alliance adds to the tradition that includes playwrights Samuel Beckett and Tom Stoppard of paying tribute to Vávlav Havel by making Vaněk a universal character. Audiences will find Vaněk still struggling with issues of the slipperiness of identity as he careens imaginatively between prison and the more terrifying and absurd world outside. However, the work takes its performance style from two of our own country’s most popular forms, the American musical and silent screen comedy, in particular the work of Harry Langdon, who sits in the pantheon of clown greats with Buster Keaton and Charlie Chaplin. It was said of Langdon that his film persona seemed to have been dropped to earth without a set of instructions. The same could be said of Vaněk.
VELVET PARTY: DJ Alyaz
One of leading names of the club underground scene, Prague-based DJ Alyaz emerged in 2003 and has played a pivotal role ever since. As a skilled and versatile DJ, he operates across a wide range of tempos and club genres of contemporary bass music with his true roots centered on hip hop and turntablism. He has shared the stage with the likes of Bok Bok, Roska, Traxman, Rustie, Sam Binga, Mr. Mitch, and SOPHIE, to name a few. Among his activities, DJ Alyaz is also the founder of underground outpost Sapyens Records (est. 2015), showcasing the acclaimed as well as yet to be discover auteurs of contemporary bass music. Check him out at www.instagram.com/alyaz37 or www.facebook.com/alyaz.dj.
czech.cz
© 2011-2020 Embassy of the Czech Republic in Washington, DC
www.mzv.cz/washington
facebook
RSS