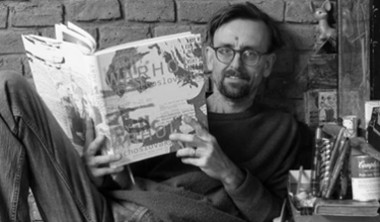 Popular Czech graphic designer Michal Cihlář has long been inspired by Andy Warhol, an American renowned artist born to émigrés from Czechoslovakia. Andy Warhol was a successful commercial illustrator and leading influence in pop art in the second half of the 20th century. Warhol’s oldest brothers were born in their homeland before the family’s move to the US and the Warhol’s family ties to the area inspired the Andy Warhol Museum of Modern Art to be established there. Michal Cihlář along with co-author Rudo Prekop completed the in depth book Andy Warhol and Czechoslovakia, which reflects on the mutual inspirational relationship between Czechoslovakia and the artist. The work, which is neither a classic memoir nor a biography, took 22 years to complete and is Cihlář’s tribute to his greatest icon.