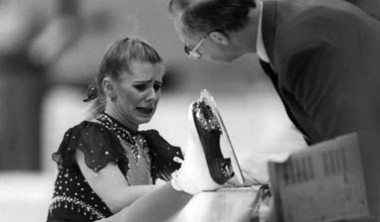 The Embassy of the Czech Republic will host a book talk on Law and Sport: My Passions: The Life Odyssey of Harvard‘s first Czech Law Graduate with author and esteemed attorney Gerhardt Bubník online on Thursday, September 9, 2021, at 10 am EDT/4 pm CET.

Tune in to the life of a fascinating man, who could have easily lived many lives in one. Gerhardt Bubník, who was the first Czechoslovak graduate from Harvard Law School, will offer insight into his work as an attorney in communist Czechoslovakia and the regime’s control over the physical, intellectual, sport, and cultural freedoms of the Czech society. He will mention how the Czech Secret Police tried repeatedly to retain him as its agent. He will also discuss his legal career after the regime’s change in 1989 and his 30-year position as a figure skating judge at top international competitions as well as being a top legal advisor for the International Skating Union.


Don’t miss out on hearing about his role in the infamous Tonya Harding and Nancy Kerrigan scandal at the 1994 Olympics in Lillehammer or his work as an ISU Official Investigator of the judging scandal involving French and Russian Figure Skating Judges at the 2002 Olympics in Salt Lake City! Moreover, Gerhardt Bubník will be able to answer questions relating to his childhood and memories of WWII and the Holocaust.

More information about the book is available at:
https://www.bubnikgerhardt.com

Gerhardt Bubník specializes in international private and commercial law, joint ventures, corporate law, copyright and intellectual property, international arbitration. He is a graduate of the Faculty of Law at Charles University in Prague with the degree JUDr. (Doctor of Law) and received his LL.M degree (Master of Laws) at Harvard Law School. While at Harvard, he received the Adison Brown Prize for the best thesis on conflict of laws. He is the founder and former President of the Harvard Club of Prague. He is an arbitrator in Prague, Vienna, Paris, Lausanne, and Zurich. He is a member of the Czech Society for International Law. He is the former legal advisor of the International Skating Union (ISU) and the former Chairman of the Arbitration Commission of the Czech Olympic Committee. He has been inducted into the Czech Law Hall of Fame and received the Golden Badge of Merit from the Czech Bar Association. He has received the Olympic Order and the Prize for the Fight against Doping in Sport from the International Olympic Committee. He is also an Honorary Member of the International Skating Union.