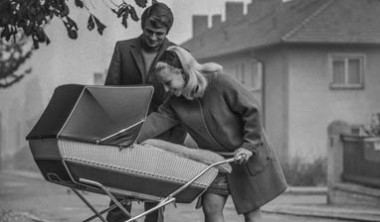 Shortly after competing in the 1968 Olympics, she married Olympic runner Josef Odložil (1500-meter silver medalist in Tokyo) at the cathedral in Mexico City. Drawing over 50,000 attendees, the couple had to escape from the crowd through the crypt. However, the fervor of their romance would soon be tested upon their return home. Because of her silent protest on the podium, Věra was banned from competing and coaching for many years. She took on a job cleaning houses before being allowed to coach again. The couple had a son Martin and daughter Radka. The marriage, which began as a fairytale in Mexico, ended in 1987, after almost two decades of marriage. Six years later, Josef and his son Martin were involved in an altercation. Martin allegedly punched Josef, who fell to the floor and struck his head, leading to his death. Following the tragedy, Věra sunk into a deep depression and recovered years later to serve as a mentor to younger Olympians. After the Velvet Revolution of 1989, President Václav Havel later pardoned Martin for the tragic accident. Ultimately, Martin and Radka helped their mother Věra during her most difficult days at the end of her life.

Věra and her husband Josef Odložil with their baby Martin.
Photo courtesy of the Czech Olympic Committee
czech.cz
© 2011-2022 Embassy of the Czech Republic in Washington, DC
www.mzv.cz/washington
facebook
RSS