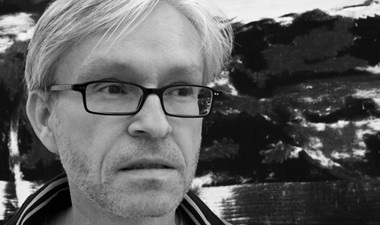 Ivan Pinkava, known for his black and white portraits, drew his earliest inspiration from the work of American photographers Alfred Stieglitz, Walker Evans, and Diane Arbus, and Czech photographers Jan Svoboda and Josef Sudek. He is now a leading contemporary Czech photographer who has created his own visual language. Pinkava aims to enter familiar iconographical situations of Western culture in order to—some slightly, some radically—alter, rearrange, rename, empty, cloak or show them in a different light. Behind historical scenes, he finds something relevant and common to both today and the future—human insecurity streaming from one’s own physical impermanence. During the years 2005-2007, Pinkava also acted as head of the Studio of Photography at the Academy of Arts, Architecture and Design in Prague. His photographs are regularly shown during exhibitions in Europe and the US.
Photo courtesy of Ivan Pinkava.