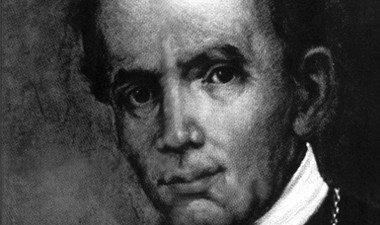 New Bishop in the New World

John Nepomucene Neumann (1811-1860), born in Prachatice, Bohemia, part of modern-day Czech Republic, served as Bishop of Philadelphia, founding the first Catholic diocesan school system in the United States and increasing the number of Catholic schools in his diocese from two to one hundred. He was the first American bishop to be canonized. Following his canonization, the National Shrine of Saint John Neumann was built at the Parish of St. Peter the Apostle in Philadelphia, PA. The remains of St. John Neumann rest under the altar of the shrine within a glass-walled reliquary. Furthermore, Our Lady of Angels College, founded in 1980 by the congregation of Franciscan Sisters that Neumann had previously founded, was renamed Neumann College and granted university status by the Commonwealth of Pennsylvania in 2009.